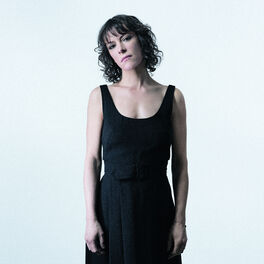 Latest Releases - What The France

This is the story of a rock singer who had never recorded a rock album before. The story of a part-British musician who had never recorded an album in Britain before. “It's crazy,” says Emily Loizeau. “It's a dream I've always had. But I was waiting for the right time, for the right song: it would have been ridiculous to record in Britain just to put it in my bio.” This is the story of Icare, the Franco-British singer-songwriter’s fifth album. The story is rich in firsts, new challenges, fresh encounters, and relaxed methods. Take for instance the choice to release the album independently, without anyone’s approval to seek or opinion to watch for, only turning to [Pias] for distribution. Or the decision to work freely with the British dream producer John Parish, whose track record, from PJ Harvey to Aldous Harding, had Loizeau enthralled. And finally, the move to mix the piano, so well-behaved under Loizeau’s fingers, with the rough pedals of a rock guitar. Rules and decorum needed breaking: the world demanded it. Icare is a tabula rasa, and Loizeau does not hold back in smashing the family china, striking out beyond comfort and habit in the process. Icare is a product of its time: a lockdown. The album is imbued with the chaos in which it was composed. Loizeau worked remotely out of her small studio, sharing file after file with her musicians Csaba Palotaï, Boris Boublil, and Sacha Toorop. At the end of the tunnel was the bliss of finally playing together in real life. And the ultimate reward for a PJ Harvey fan: Harvey’s faithful collaborator, John Parish, had agreed to produce Loizeau’s fifth album. Parish was expecting them in early July at the mythical Rockfield studio in Wales. But travel restrictions vexed their plans. The band, for it had by then become one, bonded by adversity, decided to brave the border together. In the end, they were able to set foot on British soil without needing the piles of paperwork they had gathered. The first, triumphant phone call went to Parish, who couldn’t believe his ears. "There was so much confusion in Britain at the time," he says. “I wasn’t even expecting them anymore."