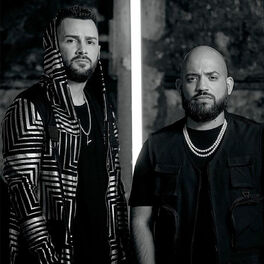 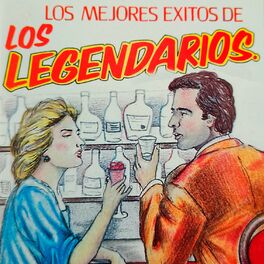 A chart-topping production and songwriting duo from Puerto Rico, Los Legendarios was formed in 2008 under the original name Marc & Jaycob. Members Marcos Ramírez and Víctor Torres had both grown up in San Juan, where they pursued solo careers as Christian reggaeton singers before shifting their focus to production. Initially working within the familiar confines of the Christian world, they expanded their operations in 2009 to include secular projects by artists like Johnny Prez and Obie Bermúdez. They also rebranded themselves, adopting the moniker Los Tranz4Merz for several years before changing their name to Los Legendarios in 2015. That same year, Los Legendarios teamed up with reggaeton superstar Wisin for the platinum-selling album Los Vaqueros: La Trilogia, which topped the Latin charts in North America. They collaborated with Wisen once again as co-writers of the multi-platinum hit "Escápate Conmigo" in 2017, then scored another chart-topping hit as the producers of Reik's "Me Niego," which climbed to Number 1 in America, Mexico, and eight additional countries in 2018. Winners of the Lo Nuestro Award for Tropical Song of the Year, the Billboard Latin Award for Latin Pop Song from Year, and multiple international honors, Los Legendarios have worked with artists like Ricky Martin, Timbaland, Olga Tañón, and Bad Bunny.