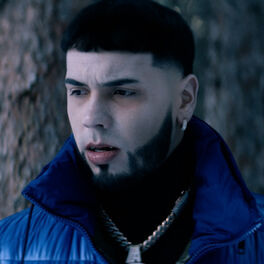 Spider-Man: Into the Spider-Verse (Deluxe Edition / Soundtrack From & Inspired By The Motion Picture)

Anuel AA is an American hip-hop performer born in Puerto Rico, the son of an executive with a major music firm. He began his rap career in 2011 with the track 'Demonia' with Ñengo Flow and he has collaborated with several other performers since. He spent time in prison from 2016 to 2018 on gun charges and he has faced controversy over song lyrics regarded as offensive. His 2016 album 'Real Hasta La Muere Exitos' reached number nine on Billboard's Latin Rhythm Albums Chart in 2016 and topped that chart and the Top Latin Albums Chart when it was re-released in 2018. 'Free Anuel' (2016) peaked at number five on the Latin Rhythm Chart.