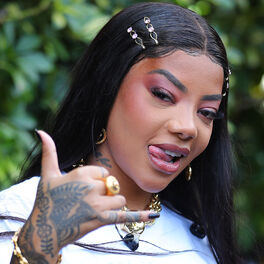 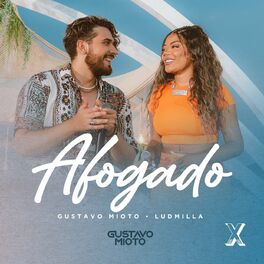 by Harmonia Do Samba, LUDMILLA

First black singer in Latin America to reach more than 1 billion streams on Spotify alone – and also with more than 2 billion views on Youtube – Ludmilla started singing at the age of 8. In 2014, she released the single “Sem Querer”. Since then, the singer has released the album “Hoje” (2014). In addition to “Te Ensinei Certin”, the video for “Hoje” became one of the most celebrated songs by the artist and, nowadays, has more than 100 million views on YouTube. “A Danada Sou Eu” (2016), the second album of Ludmilla’s career, had the participation of Filipe Ret, Jeremih and Gusttavo Lima and definitively consecrated her as a reference of Brazilian funk – work was nominated for the Latin Grammy for Best Album Contemporary Pop 2017. The year 2018 is marked by an explosion of hits with the singles “Solta a Batida”, “Não Encosta”, “Din Din Din” and “Jogando Sujo” – all reaching the top of the streaming charts and radios. With two tours in Europe, she launches her third and final album and DVD, “Hello Mundo” (2019), repeating the critical and public success and featuring Léo Santana, Jão, Simone & Simaria, among others. Still this year, she scored another great hit, “Verdinha”. In 2020, she successfully surprises the public and critics as a performer on the EP “Numanice”, composed of six unreleased tracks dedicated to the pagode. In November of the same year, the singer returns to the roots of funk roots and releases the long-awaited single “Rainha da Favela” together with a clip, recorded in Rocinha, the largest community in Latin America, which totals 53 million views. In January 2021, Ludmilla opens the year in style and launches the project “Numanice Ao Vivo”, which in the first week reached superlative numbers for the segment: more than 25 million streams on digital platforms and currently accounts for more than 400 million. of plays. Continuing with this year's achievements, the singer also launched the successful project "Lud Session", a series of musical encounters, which already has more than 86 million views, in which the artist covers hits and unreleased songs, accompanied by a band. and a guest. The first edition had the participation of rapper Xamã. In the second and third editions, Gloria Groove shared the vocals with Lud, one in a live version and the other live in pagode, at a Numanice show. And the public can expect much more to come!