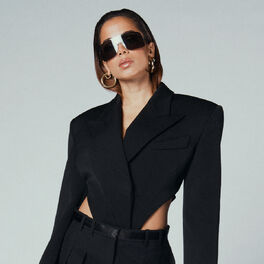 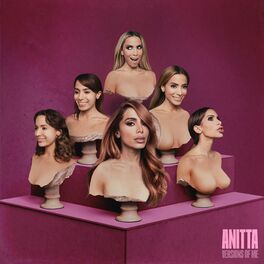 by Rebecca, DJ Will22, Anitta

by Harmonia Do Samba, Anitta

Anitta - born Larissa de Macedo Machado on March 30, 1993 in Rio de Janeiro, began singing in church as a child and learned to dance before getting into baile funk as a teenager. The first big mark of Anitta’s music career happened with the strength of her single "Meiga e Abusada", Anitta was signed by Warner Music, which released her debut album in 2013. Her second album “Ritmo Perfeito” was released in July 2014 and “Bang” in 2016. The “Bang” videoclip - main song and title of the album - has reached over 300 millions of views since its release, turning Anitta the only Brazilian women singer to reach this mark. After all these achievements in Brazil, Anitta’s natural way was the international career and her first single was “Ginza” feat J Balvin. It was followed up by “Sim ou Não” with Maluma and “Switch” with Iggy Azelea. In 2017, “Paradinha” solo hit in Spanish debuted her international career. In the same year “Sua Cara” feat Diplo and Pablo Vittar was released and right after, her project “CheckMate” was launched. It consisted in four songs and videoclips, released month after month: “Will I see you”, “Is that for me”, “Downtown” and “Vai Malandra”.