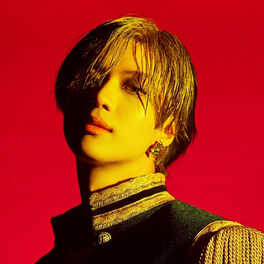 Press It - The 1st Album

The South Korean singer and actor Lee Tae-min, who goes by the stage name Taemin, has been a leading figure in the K-pop explosion ever since his parents encouraged him to attend a talent audition being held by the artist management company SM Entertainment. The company are one of the largest K-pop promoters in South Korea and they were quick to spot Tae-min's potential, signing him to their roster when he was just 12-years-old.
At the age of 14 he was chosen to front the boy band Shinee, a creation of SM Entertainment who went on to become one of the country's most popular K-pop acts. During this period Tae-min was also in demand as an actor, initially performing voice-over work but eventually taking a variety of roles in film and TV.

In 2014 Tae-min launched his solo career with the release of a mini album titled 'Ace' which peaked at number one in the South Korean album charts. It was to be almost another two years before the artist released 'Press It' (2016), his first full-length studio album. The album went straight to number one and established Tae-min as an artist in his own right outside of his activities with Shinee. With two further hit albums to his credit, he is one of the most influential performers in the South Korean music business.