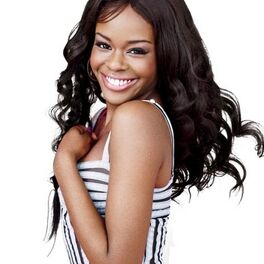 Fuck Him All Night

KAYTRANADA: Behind The Music

by Fall Out Boy

Blazing onto the scene with the electro-rap hit '212', Azealia Banks combined endless amounts of swagger and attitude with thumping house beats and razor sharp hip-hop barbs and was quickly championed as one of the most creative, controversial female MCs to emerge in years. Born in Harlem, New York she originally had dreams of starring in Disney musicals and studied drama at LaGuardia Performing Arts School in Manhattan, but began making up rhymes whilst she was dating a rapper and started posting tracks to MySpace when she was 17. Coming to the attention of producer Diplo, she landed a deal with XL Recordings, but soon fell out with the label and had to rebuild her career, first in Montreal, and then in New York, where she came up with '212'.

Sampling a beat by Belgian DJs Jef Martens and Lazy Jay, '212' was a pumping floorfiller that reached number 12 in the UK Single Chart and was placed high on critics' end of year lists. Her '1991' EP and mixtape 'Fantesea' continued to meld rave dance styles and powerful raps, but she again had problems with her new label Interscope, and after two years of bickering and unreleased recordings they parted ways in 2014. Eventually, her debut album 'Broke With Expensive Tastes' brought together producers Ariel Pink, MJ Cole and Lone for an eclectic mash-up of funky, futurist hip-hop, post-punk sneering and UK garage, club synths that made the US top 30 and spawned singles 'Young Rapunzel' and 'Chasing Time'.

She also featured on Childish Gambino's album 'Because the Internet' and appeared in the movie 'Love Beats Rhymes', but became infamous for her outspoken views and high profile media feuds with a long list of celebrities including Cardi B, Erykah Badu, T.I., Elon Musk, Nicki Minaj, Lily Allen and Lana Del Ray. She eventually had her Twitter account suspended because of a tirade against One Direction's Zayn Malik, but returned in 2018 with new single 'Anna Wintour' and second album 'Fantasea II: The Second Wave'.