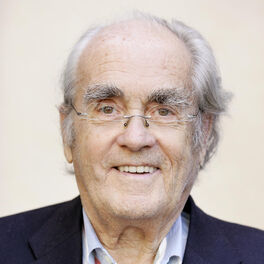 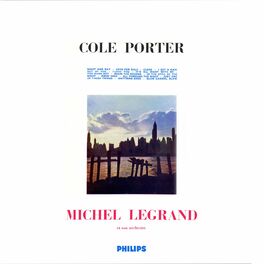 I Was Born In Love With You - Music By Michel Legrand

Twenty Songs of the Century

I Got a Name

The American Masters - A Complete Selection

The Queen's Gambit (Music from the Novel)

A Postcard from New York

Few musicians in any genre have been more prolific than Michel Legrand, a highly rated jazz pianist who has been responsible for over 200 film scores, including 'The Thomas Crown Affair' which featured the hit song 'Windmills of Your Mind'. The son of composer Raymond Legrand he studied music at the Paris Conservatoire from the age of eleven, eventually graduating seven years later with honours, both as a composer and pianist.

Michel was just 22 in 1954 when he released his first album 'I Love Paris', which went on to become one of the best-selling instrumental albums of all time. He was, however, soon diversifying into jazz and on a trip to the US in 1958 he collaborated with various jazz greats, including Miles Davis, John Coltrane and Bill Evans on 'Legrand Jazz', involving orchestrations of various jazz standards. He continued to balance careers in jazz and classical music, becoming conductor for orchestras in St Petersburg, Vancouver, Montreal, Pittsburg and Denver, while going on to work with a variety of diverse musicians, including Ella Fitzgerald, Aretha Franklin, Lena Horne, Frank Sinatra, Diana Ross, Jack Jones, Johnny Mathis, Shirley Bassey, Sarah Vaughan and Barbra Streisand. Legrand's biggest successes, however, came with his innovative musical scores, notably with 'The Umbrellas of Cherbourg' (1964), 'The Young Girls of Rochefort' (1966) and 'Summer Of '42' (1971). After a long and successful career, Michel Legrand passed away in Paris on 26th January 2019 at the age of 86.