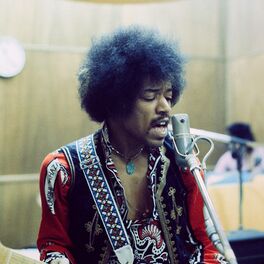 At Last...The Beginning - The Making Of Electric Ladyland: The Early Takes Sampler

Both Sides of the Sky

The Cry of Love

Hendrix In The West

More Mess On My Thing

You Can't Use My Name

Best for Musicians No. 881 (Karaoke Version)

Hendrix In The West

A self-taught guitarist who worked as a session musician and served in the army in his native America in the 1960s, Jimi Hendrix didn't find international stardom until he moved to the UK later that decade, having signed a management deal with former Animals bassist Chas Chandler. Once in the UK he formed a trio - The Jimi Hendrix Experience - with bassist Noel Redding and drummer Mitch Mitchell. A string of hits, including Hey Joe, Purple Haze and The Wind Cries Mary soon followed. The band recorded three groundbreaking albums together, Are You Experienced, Axis: Bold As Love and Electric Ladyland, which remain the bulk of Hendrix's studio work. Two sold-out concerts at London's Royal Albert Hall on February 18 and February 24, 1969, were the last European appearances of the original line-up of the Jimi Hendrix Experience. With different line-ups Hendrix carried on recording and performing - including a legendary appearance at the Woodstock festival - but by September 18, 1970 he was dead, having reportedly choked on his own vomit. Controversy still surrounds the details of his passing.