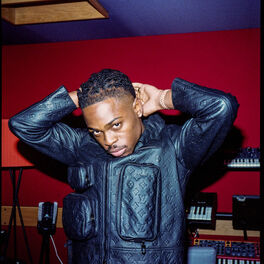 Cut Me Off (feat. D-Block Europe)

How It Is (feat. Roddy Ricch, Chip & Yxng Bane)

by A2, Octavian, Yxng Bane, Suspect

Creepin Up (The Come Up)

Growing up on a diverse Canning Town estate influenced by Grime and Afrobeats, 24-year-old Yxng Bane’s musical career as we know it today, started by accident. Before leaving for university, Bane casually uploaded a song to Soundcloud, unknowingly demonstrating his deft ability to mix elements of drill whilst rapping and singing too. Within six months, ‘Lone Wolf’ had amassed over 1M + plays, marking the start of a prosperous career. In 2016, he released his debut EP, ‘Full Moon’, before pushing his genre-fusing skills further, experimenting with an Afrobeats sound, the results were vibrant and contagious; Yungen’s collab ‘Bestie’ in 2017, saw Bane reach number 10 in the Official Charts. Yet it was his dancehall-infused remix of Ed Sheeran’s ‘Shape of You’ that truly cemented his status as one of the most exciting new talents around, landing him a BBC Sound of 2017 longlist nod. The hits kept flowing and the following year, the instant party-starter ‘Vroom’ scored him another top 30, amassing over 20M views and igniting dancefloors across the globe. After a European and two UK tours, in 2019 Bane sold out Brixton Academy in a wild performance attended by Wiley. Gracing stages from Disturbing Ibiza, to supporting Nicki Minaj’s UK tour and Wizkid, Bane’s live shows constantly draw in international audiences. As he prepares for the release of his album next year, Bane dropped an impromptu mixtape in the thick of lockdown 2020, ‘Quarantime: The Lost Files’ with features from Headie One, D Block Europe & M Huncho, an unapologetic showcase of his commitment to his own musical acuity. Bane promises a completely different offering with his upcoming album. Mining material from his childhood, he plans to use his debut as an opportunity to share his story with fans.