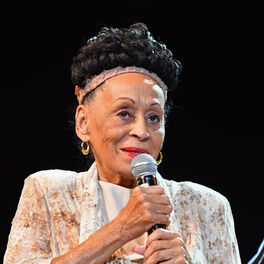 Omara Portuondo is a Cuban vocalist who helped found the singing group Cuarteto d'Aida, performed with many celebrated Latin artists over a long career and since 1996 has sung with the Buena Vista Social Club.

Born in Havana, she danced at the Cabaret Tropicana and joined pianist Frank Emilio Flynn's band, Loquibambia Swing and then the Orquesta Anacaona. With her elder sister Haydee, Elena Burke and Moraima Secada, she formed Cuarteto d'Aida and toured the United States.

She released 'Singles' in 2007 and 'Magia Negra: The Beginning' in 2014. Active in Latin American politics, she has worked with the International Red Cross as she continues to perform in Cuba at venues such as the Tropicana Club. Her 2008 album 'Gracias' marked the 60th anniversary of her singing career.