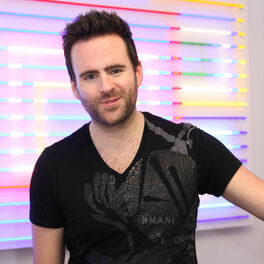 You'll Be OK (The Remixes)

Gareth Emery has been one of dance music’s most exciting musicians, record producers, and DJs over the past decade. The British artist is best known for racking up millions of monthly listeners with his four artist albums - 'THE LASERS’, ‘Northern Lights', 'Drive' & '100 Reasons To Live' - all iTunes dance no.1 chart-toppers - the most recent hitting the top spot in over 25 countries.   2020 saw the release of THE LASERS; Emery’s long-awaited fourth artist album, signaling a return to Emery’s band days. Stepping away from the standard DJ route of endless collaborations and songwriters, Emery is proud of writing every song himself. “Making this album felt like being in a band again, not being a DJ” he admits. “It’s without doubt the best thing I’ve ever done."   Emery will take the new album on tour in 2021, featuring a brand-new live setup and never-seen-before stage production. The follow up to his Laserface show, notorious for selling out venues like San Francisco’s 8,500 Bill Graham Civic Auditorium, Emery plans to once again set the bar for cutting-edge production. “We’ve been working on this show for over a year and will be doing things that people will never have seen before…not even at Laserface.”