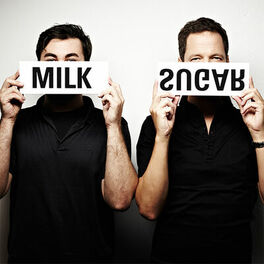 MILK & SUGAR led the charge of vocal house from Germany more than two decades ago and became deeply influential on the house music scene ever since. With the arrival of 2019, Mike K and Steven Harding celebrate 22 years of creating some of the world’s most innovative house music tracks, a catalog that includes popular global hits. MILK & SUGAR have a knack for delivering what many consider to be perfect club mixes — songs bursting with the power to tear the roof off any venue. One of their biggest hits, “Let The Sun Shine”, has been a career milestone, vaulting in 2003 straight from the Ibiza clubs to number one on the Billboard dance chart and the Top 20 of the UK pop charts. The track became a house music milestone and an anthem for MILK & SUGAR — their signature song — and crowds of dancers and partiers around the world still demand it. Among their many other popular and successful productions was their break-through single “Higher & Higher”, a 2000 international smash that helped forge their reputations as house music masters. Their releases have been played and supported ever since by names like David Morales, Tonny Humpries (also known as the “Godfather of House Music”), Frankie Knuckles, Dennis Ferrer and by countless house music-loving DJs all around the globe. As DJs, producers and label owners, MILK & SUGAR have won several accolades, such as the German and Italian DJ Award, and numerous golden records. Their tour calendar is often jam-packed with gigs on every continent. With their unique house sound, they have heated up dancefloors of the best clubs and festivals around the world, including Pacha, Space and Amnesia in Ibiza or Green Valley and Anzu in Brazil. Over the past several years, MILK & SUGAR have continued to supply dance floors with a steady stream of powerful hits, serving both as sought after remixers and as creators of uniquely original productions. They include “Hey (Nah Neh Nah)” - Milk & Sugar & Vaya Con Dios, “Stay Around”, “Canto Del Pilon”, and “Riding High” - Milk & Sugar with Andrey Exx. Mike and Steven also run the music label Milk & Sugar Recordings, which was already honored with a German Dance Award as best independent label. Their hot-selling Club Cuts, House Nation and Beach Sessions compilation series have proven to be hugely popular. In the tremendously competitive, fast-moving and ever-changing world of contemporary dance music, MILK & SUGAR celebrate 22 years at the top. That’s no small accomplishment in this industry. Their unique brand of energetic and irresistible music not only has a proud and distinguished history — it has a highly anticipated future. Look for Mike and Steven to keep the beats fresh and exciting for another 22 years!