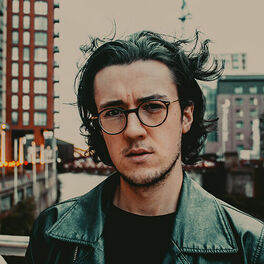 British singer-songwriter Jack Curley
began combines sparse instrumentation with a soulful vocal delivery, and then
matches them to lyrics unafraid to address big emotions. Originally from
Manchester, England, Curley studied music, but found the rules and restrictions
of regular classwork limiting. He explored his own muse and, while working a
day job tending bar in Ibiza, he found professional representation. He gained
buzz for his 2019 single “Alice”, a song about a man confronting his
unfaithful girlfriend, which went viral while he was still playing local gigs. Signing
to the major label Parlophone in October of 2019, Curley graduated to playing bigger
stages and festivals. In March of 2020 he released the single “Tomorrow”,
about a couple facing up to the end of a relationship, and it became the title
track for his debut EP which was released in May of that year.