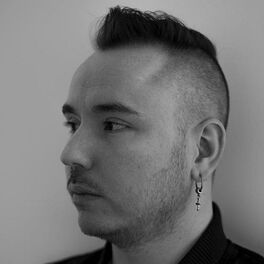 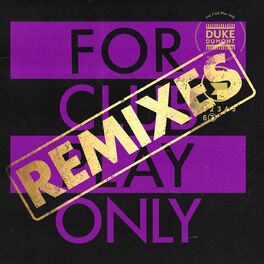 For Club Play Only Pt.3

I Got U (Remixes)

I was in the club

House music artist Duke Dumont was born Adam George Dyment in Harrow, England in 1982. Dyment started out remixing pop songs mentored by the well known English DJ David Taylor, better known by his professional name Switch. After some success as a remixer Dyment moved out of London in 2011 and began to focus on creating original material. His work became regularly featured on BBC's Radio One music channel championed by DJs such as Annie Mac and Fearne Cotton. After some years on the periphery of the UK house scene Dyment's breakthrough single came in the shape of 'Need U (100%)', a track lifted from his debut album and featuring vocals by Aminata Jamieson. The song topped the UK Charts and the accompanying video garnered over 32 million YouTube views and firmly established Dyment's credibility as major house artist. Dyment had a succession of hit singles charting both in the UK and Europe and in 2015 was nominated for a Grammy Award. His skilful re workings of hits by artists such as Whitney Houston and AlunaGeorge have been played extensively on mainstream radio and his work is frequently played by UK club DJs.