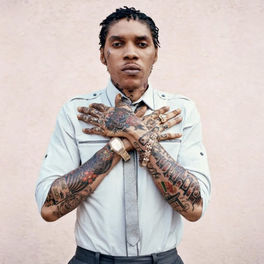 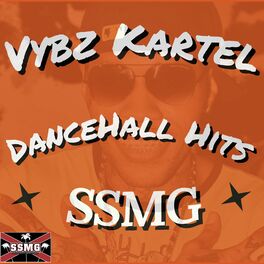 King Of The Dancehall

The Best of Romeich Ent

One of the biggest dancehall stars of Jamaican music in the 2000s, Vybz Kartel had released a string of hits in his home country and featured on tracks by Rihanna, Sean Kingston and MIA before he was convicted of murder in 2014 and given a life sentence. Growing up in the coastal suburb of Waterford, Portmore, Adidja Azim Palmer began releasing music at 12-years-old performing under the name Adi Banton (in tribute to one of his heroes Buju Banton) with his three-man crew. Although the group split in the mid-'90s, he continued as a solo act, but retained their name Vybz Kartel, and became a protégé of DJ Bounty Killer and joined his collective The Alliance. He also wrote for other artists, including Elephant Man and Scare Dem Crew.

Releasing his debut album 'Up 2 Di Time' in 2003, his controversial, aggressive style led to a high profile feud with rival Ninjaman and he adopted a tough, gangsta persona on hits 'Guns Like Mine' and 'Badman'. He appeared on Rihanna's version of 'You Don't Love Me' in 2005 and on Missy Elliott's album 'The Cookbook', but a new rivalry with Mavado had to be settled with the help of the nation's Prime Minister in 2009 when local gangs started taking sides and inciting violence. His collaboration with Major Lazer on track 'Pon De Floor' became his biggest international success and singles 'Ramping Shop', 'Dollar Sign' and 'Clarks' began to build an audience in America, but in 2011 he was arrested - and convicted three years later - for the murder of promoter Clive 'Lizard' Williams. Despite his imprisonment, Vybz Kartel continued to release music and his 2016 album 'King of the Dancehall' became one of his most successful to date, reaching number two on the US Reggae Charts.