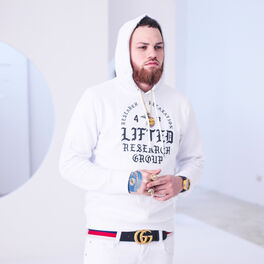 Miguel Ángel Rivera Rodríguez, known as Miky Woodz, is a Puerto Rican Latin trap rapper born in Carolina, Puerto Rico. To date, Woodz has released two studio albums, Before Famous in 2017, and El OG in 2018, which were both commercial successes. According to Woodz, he sacrificed a job in a warehouse that paid him $7.25 an hour to continue with his passion for music. Woodz also has a young son. His debut album was Before Famous released in 2017, which reached number four in Billboard and number 20 in Latin Album Sales. He then released his second studio album through Gol2 Records, SoldOut Records, and GLAD Empire Records in 2018, entitled El OG. Highlighted by the song "Estamos Clear" with Bad Bunny, it debuted at number six on Billboard's Top Latin Albums chart and had collaborations with Noriel, Farruko, De La Ghetto, Pusho, Juhn, Ñejo, Darkiel, and Bad Bunny. The song "Estamos Clear" was censored in the Dominican Republic. Miky Woodz gained commercial ground in the mid-2010s with featured roles on tracks by artists such as Farruko, Benny Benni, and Juhn. He signed to the Florida-based label Gol2 Latin Music, where he released songs such as "Alcoba [Remix]", "En Lo Oscuro Sin Perse", and "Tarde o Temprano", all three of which amassed streams and millions of views on YouTube.