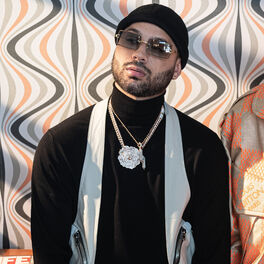 Alexis Javier Guzmán Cotto, known in the Urban music industry as Alex Rose. Alex was born in the city of Carolina, in Puerto Rico on April 16th, 1993. Alex Rose is a singer-songwriter within the musical genres that are now dominating the urban Latin music industry such as the RNB and the TRAP. He started in music from a young age, imitating other artists and dancing in school competitions. His inspirations at that time were artists such as: Daddy Yankee, Don Omar, Wisin y Yandel, and Arcángel. After his first song "Percocet Remix", with which he made himself known, Alex Rose began to feel the acceptance of the audience. It was cataloged as: The New Voice of the Trap, The New Rock Star, and The Best of the new artists. Among Alex Rose’s most recent projects is his first album Sexflix, in which the public can enjoy musical songs that tell different stories, using the essence of songs that had their success in the past such as: Let Me Love You (Mario), I Wanna Love You (Akon), among others through a sampler. This successful album is divided into two: VOL.1 and VOL.2 of Sexflix. The album VOL.1 has 4 songs: Darte, Déjate Llevar, Yo Quisiera and Sigue Preguntando. After the acceptance and the unexpected success that his album Sexflix received, Alex Rose made his first tour in his native Puerto Rico presenting all his songs. After several shows in his country, his music began to expand throughout Latin America and this allowed him to take his talent to countries such as: Paraguay, Chile, Dominican Republic and the United States. It is also important to highlight the song "TODA REMIX" that has the collaboration of artists like: Lenny Tavarez and Cazzu. This song managed to position itself in the TOP of the lists of the Spotify platform and achieved more than 100 million "views" on YouTube for only 2 months. For 2019 Alex Rose will bring new music with great collaborations such as: Nicky Jam, Arcangel, Bryan Myers, Almighty and Wisin.