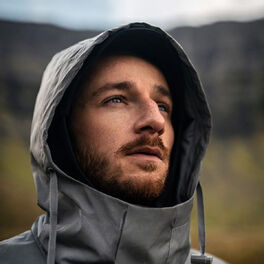 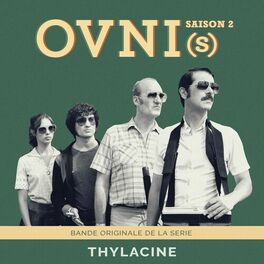 THYLACINE is the scientific name of the Tasmanian wolf, a species that became extinct 70 years ago. A precious word that French musician William Rezé has chosen to tame so as to incarnate his progressive and vaporous electronica. Each individual track is imbued with a singular flavour and reveals the breadth of the artist’s cross-influences: from repetitive music pioneers – such as Steve Reich or Philip Glass – to John Zorn’s jazz experimentations and Massive Attack’s trip-hop. THYLACINE’s music combines the cadenced and melancholic techno of Paul Kalkbrenner with the aerial melodies of Moderat or Four Tet. Thylacine’s thirst for freedom has always driven him to search for new horizons, and his endeavors are all audacious projects that pushes more than mere musical boundaries. His upcoming album, Timeless, will be the newest step of a journey started by Rezé half a decade ago. In 2015 he boarded the iconic Russian Trans-Siberian train armed with his microphones and machines, composing and recording his first album while on a 6 000-mile journey from Moscow to Vladivostok. Transsiberian captured inspiration and sounds from conversations of other passengers, noises of the machinery or train stations announcements. For his second record, ROADS Vol. 1, Thylacine, bought a 1972 trailer, one of the famous all-aluminum Airstreams and painstakingly transformed it into a recording studio that he then put on a freighter across the Atlantic and got back a month later in Buenos Aires. Drawn to South America by the pull of the unknown and the absolute absence of reference, Thylacine wanted to immerse himself in desert and lunar scenery, explore multicolored canyons, sand dunes, giant cacti forests, snow-capped peaks... and write, alone, in the intimacy of his nomadic studio. ROADS Vol. 2 was recorded on the same trailer, this time in the Faroe Islands and released in 2020. The stage is another space that THYLACINE is keen to explore. He wants to feel as free during his life performances as he does in the studio. A fearless performer, he plays as much as possible, improvises, does not shy away from bringing his alto sax into the mix, and becomes one with the music, free from the shackles of the machines. The graphic projections and the immersive scenography of his live acts blur even further the lines between dancefloor and fantasy. We become his traveling companions on a wild and intimate journey, which destination remains a mystery. The young producer has performed in many countries across the world and sold out numerous venues, including some of Paris finest concert halls, like La Cigale, Le Trianon and L’Olympia.