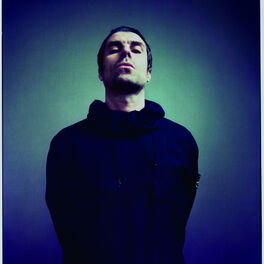 Why Me? Why Not. (Deluxe Edition)

As You Were (Deluxe Edition)

For What It's Worth

Fire & Skill - The Songs Of The Jam

Fire & Skill - The Songs Of The Jam

Liam Gallagher rose to fame as the frontman of Brit pop band Oasis. During his tenure with the band, his well-publicised spats with his brother Noel ensured he was rarely out of the tabloid press.

After the demise of Oasis in 2009, Liam launched Beady Eye, a band formed with former members of Oasis. They disbanded in 2014 after having two hit albums, both of which made the top five in the UK Album Charts. He played an impromptu gig at a small Irish pub in County Mayo in 2015. Although he rebuked comments at the time that it was a launch of a solo career, there soon came an announcement that he was working on a solo album.

In May 2017 he released his debut solo single 'Wall of Glass' and the following month came his solo album titled 'As You Were' which hit number one in the UK and Ireland and reached platinum sales in the UK. In 2019 documentary 'As It Was' put the spotlight on his solo career and his attempts to forge his own path. Also in 2019 arrived the singles 'Shockwave' and 'The River' taken from his second album 'Why Me? Why Not.' released in September of the same year.