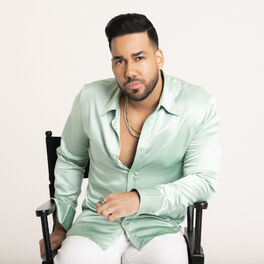 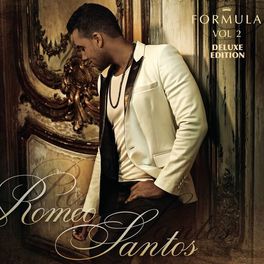 The King Stays King - Sold Out at Madison Square Garden

Corazón - Live From Mexico: Live It To Believe It

As one of the major Latin pop heartthrobs of the 2000s, Romeo Santos mixed traditional bachata music from the Dominican Republic with smooth, crooning R&B, using his charm and talent to establish himself as a huge global star.

Born and raised in The Bronx, New York Santos started writing songs and singing in his church choir at the age of 13 before forming boy band Aventura with his cousins, leading the group for 15 years as they became pop heroes to young Latino fans across America and reached number five in the US charts with their 2009 album 'The Last'. Turning solo in 2011, his early singles 'You' and 'Promise' (featuring Usher) both topped the Billboard Latin Chart, and his debut album 'Formula: Vol 1' went triple platinum before he famously played sold-out shows Madison Square Garden, New York the following year.

The romantic, swooning, tropical hits kept coming with 'Mi Santo' featuring Tomatino and 'Llevame Contigo' and his video for single 'Indecent Proposal' received over 660 million views on YouTube whilst 'Oido' - his collaboration with Drake - topped the Latin Charts for 13 consecutive weeks. With contributions from Nicki Minaj, Marc Anthony and Carlos Santana, second album 'Formula: Vol 2' brought more success by reaching number five in the US and Santos became the first Latino artist to sell-out Yankee Stadium two nights in a row in 2014.

Over the course of his career he sang for President Obama at the White House, made acting cameos in 'Furious 7' and 'The Angry Birds Movie' and turned his hand to reggaeton by teaming up with Daddy Yankee before returning in 2017 with his third solo studio album 'Golden'.