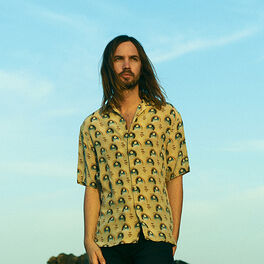 by The Streets, Tame Impala

Where The F*&K Did April Go

Where The F*&K Did April Go

Capturing the dusty, hazy heat and remote isolation of their Perth hometown in Western Australia, Tame Impala's shoegazey, DIY, stoner rock captured critics' attention. Essentially the project of Kevin Parker, the band formed as the Dee Dee Dums and won a string of talent contests before renaming themselves after a type of antelope and starting a record company bidding war after posting demos on MySpace. Drawing comparisons with MGMT and 1960s garage rockers The Nazz, debut 'Innerspeaker' (2010) was named Album of the Year by Rolling Stone magazine for its lo-fi psychedelia, while single 'Sundown Syndrome' was used in the hit 2010 movie 'The Kids Are Alright'.

Parker went on to work with French dream pop starlet Melody Prochet and electro duo Canyons, before follow-up 'Lonerism' (2012) became the talk of the music industry. Experimenting with the sound of the 1980s, vintage synths and drum machines, Rolling Stone again rated it top of their end of year polls with NME, Filter Magazine and Australian radio station Triple J all in agreement. The first single released from the album, 'Elephant' was given the title of 'Hottest Record in the World' by DJ Zane Lowe and won Song of the Year at the APRA Music Awards in 2013. 'Feels Like We Only Go Backwards' also did well, landing at 37 in Billboard's Alternative Songs chart. The album was also nominated for 'Best Alternative Music Album' at the 2014 Grammy Awards.

In 2013, touring member Nick Allbrook was replaced by Cam Avery. Their current live lineup includes Avery, frontman and founding member Parker, Jay Watson, Dominic Simper and Julien Barbagallo. Third studio album 'Currents' arrived in 2015, including the single 'The Less I Know the Better' which hit 35 on Billboard's Hot Rock Songs Chart. The album itself charted extremely well, hitting number one in their native Australia and in The Netherlands, number three in the UK and number four on the Billboard 200. It was certified platinum in Australia and gold in Canada, Denmark, France, The Netherlands, UK and America.

They collaborated with R&B singer SZA on the single 'Together' in 2018, followed by another collaboration with rapper Theophilus London. The following year saw the band go from strength to strength, with a headline slot at the Coachella and Primavera festivals.

Fourth studio album 'The Slow Rush' arrived in 2020 and includes the singles 'Patience' and 'Borderline' - both of which peaked at number ten on the Billboard Hot Rock Songs Chart. Their 2020 schedule was to include performances across America, Canada and Australia.