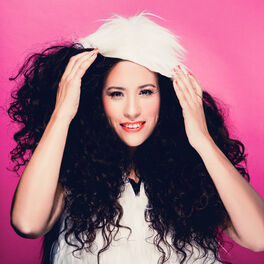 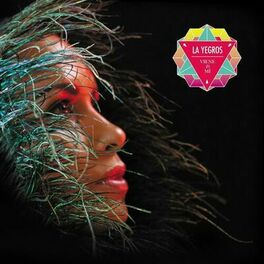 by Mexican Institute of Sound

by Mexican Institute of Sound

by Throes + The Shine

Crate Diggers Around the World, Vol. 2 (Have a Trip Through Afro House, Turkish Folk, Electro Chaâbi & Many More)

by Throes + The Shine

With each new album from La Yegros comes the promise of incredible live concerts, all of which are a challenge thrown at those who do not have dancing feet. The singer never fails to unlock even the stiffest bodies, her energy radiating as if she were spitting balls of fire, with that communicative joy peculiar to from South American people. The reputation of her generosity, which has travelled across the world, precedes her so loudly that we can sometimes forget to pay attention to her music, and the prowess that characterises her. And yet, with her third album La Yegros still manages, with increased ambition, the tour de force already achieved with Viene de Mi (Parlophone, 2013) and Magnetismo (Soundway, 2016). Suelta, which can be understood as an invitation to let loose, accelerates the fusion of the various musical genres that make up her personality and musical identity. La Yegros is a native of Buenos Aires, and her parents are from Misiones, a province in the North East that draws its language from between Brazil and Paraguay. In this enclave, the porous borders of which lets foreign rhythms seep in, people play & dance to chamamé (a mixture of polka and Guarani music), carnavalito and sways their hips to Columbian cumbia. These genres, bearing the hues of the Andean folklores, have then been put through the mill of Jamaican dancehall and electronic productions, thus composing a cocktail which recipe only La Yegros holds the rights. Thus, having grown up in the suburbs of a cosmopolitan city, imbued with the rural traditions of the country, and based today between France and Argentina, La Yegros does not cheat with her identity, which is as composite as her music is. This sincerity can be found in the songs in Suelta, most of which she has written both the lyrics and the music to, drawing her inspiration from considerations that are in turn intimate and social, exalting the role of women: “Tenemos voz” (“We have a voice”), she sings with the British MC Soom T. She also keeps on working with her loyal collaborators, like Daniel Martin, the composer on “Viene de Mí”, her first hit that still gets international dance floors spinning on their heads. Argentinian producer King Coya (Gaby Kerpel), her road companion since her beginnings, who has contributed to defining the electropical line of La Yegros’ music , also renews his contract for this new opus. Suelta also sees the arrival & collaboration of two luxyry guests: Eduardo Cabra, one half of the Puerto Rican duo Calle 13 (a several time winner at the Latin Grammy Awards), as well as Dutchman Jori Collington, who stirs up the global beat bombs of Skip&Die. La Yegros has enough confidence to surround herself with such good quality people. Thus relying of a team of sound wizards, La Yegros frees her high-tension temperament throughout the whole of Suelta, all the more so since the album presents original colours, while continuing its exploration of Northern folklores. To previous influences like carnavalito and cumbia (from Magnetismo) we can now add the frantic rhythms of huayno and chacarera, the Columbian sounds of Andean flutes as well as Middle Eastern ingredients, while the chacarera is metamorphosed in order to conquer international dance floors. We find atmospheres that are exhilarating, but far more as well, since with her music La Yegros also instils some poignant & melancholic emotions when she goes up the thread of her origins, she expresses her indignation, and even her anger, when she tackles social themes: most noticeably she calls on woman to demand the respect that they are owed, by uniting their voices to hers. Both an Argentinian and a citizen of the world, La Yegros shows that she is an artist with beliefs, endowed with an acute conscience. Her freedom of tone propels this album to success, an album that is both more powerful and more sophisticated that their predecessors. Finally, Suelta provides its author with the ammo for her future concerts, which can be expected to perpetuate the irresistible combination of ground-breaking styles and festive intentions. Dubbed the queen of new cumbia, La Yegros is not about to abandon her throne.