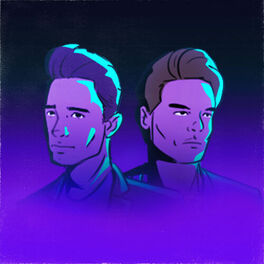 Say Something (The Remixes)

Do You Want Me

I Want It All (Club Mix)

Beyond their breathtaking melodies and explosive live sets, you’ll find dance music's closest friendship. Dutch powerhouse duo Lucas & Steve have seen a momentous rise to stardom in recent years with consecutive summer hits, multiple platinum and golden records, an endless string of international performances and accolades from BUMA (The Netherlands), Fun Radio (France), DJ Mag, MTV and many more. The pair are renowned for uplifting productions and emotive lyrics, scoring massive radio success with "Summer On You", "Up Till Dawn", "Where Have You Gone", “Perfect” and of course “Letters”, the title track of their 2020 debut album: "Letters to Remember”. Their 16 song LP showcases their musical diversity and solidifies their reputation as talented songwriters. With deeply embedded dance roots, the pair have collaborated with the likes of Armin van Buuren, Sam Feldt, W&W, Mike Williams and remixed many household names such as David Guetta, Robin Schulz, Kygo, Lost Frequencies and Illenium among others. Lucas & Steve’s infinite energy is best experienced in a crowd, which they’ve proven time after time with acclaimed live performances at Tomorrowland’s Mainstage, Creamfields, AMF, Parookaville, Sziget Festival, ElectroBeach and continuous tours across Europe, Asia and South America. As the world came to a standstill in 2020, they continued to elevate their writing and recording process to new heights and surpassed 1 billion streams from all corners of the globe. Now loaded with an endless rush of inspriation and motivation for 2021, Lucas & Steve have locked in an incredible line-up of collaborations and solo releases, paving the way for what is set to be their most significant year so far.