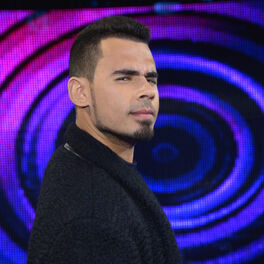 Another Life (The Remixes)

The Next Generation EP

As Your Friend (The Remixes)

Dutchman Nick van de Wall started playing piano at the age of five, absorbing many different musical influences. By the age of 11 he'd acquired a computer programme called Fruity Loops and started making his own dance tracks. Leaving school he worked as a barman while getting involved in the Rotterdam club scene and was soon running his own club nights and DJ sets. He spent several months DJ-ing on the Crete club scene in 2006, enjoying his first hit with the track F*ck Detroit. Back home in Holland he broke into the Dutch chart with the track Afrojack - In Your Face, after which he started gigging as Afrojack. Van de Wall subsequently launched his own label Wall Recordings, burying himself in the studio as he produced a string of tracks, notably Math, and enhancing his international reputation, charting with Drop Down (Do My Dance). Influential festival appearances followed and he collaborated with David Guetta on the track Toyfriend and remixed Guetta's track Sexy Bitch. In 2010 Afrojack became one of the most respected and in-demand producer/DJs in the world - remixing for the likes of Lady Gaga and Madonna - and his single Take Over Control, featuring Eva Simons, became one of 2010's hottest dance anthems.