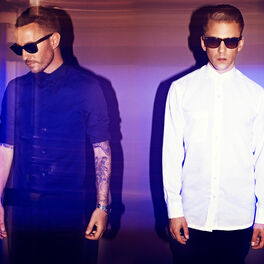 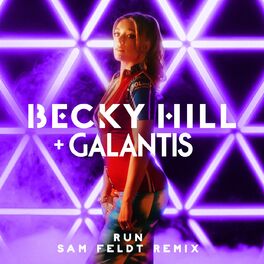 Tell Me You Love Me (Remixes)

The Swedish electronic dance music duo Galantis is a project created by Stockholm DJs Linus Eklöw, also known as Style of Eye, and Christian “Bloodshy” Karlsson, a member of indie trio Miike Snow. Both highly respected in their field, Karlsson in particular has an impeccable pop pedigree having written and produced tracks for Britney Spears, Jennifer Lopez, Kylie Minogue and Madonna including winning an Ivor Novello Award and a Grammy for his work on Britney Spears' single “Toxic”. The duo met by chance at a studio in Stockholm in 2007 and after becoming friends they collaborated on a number of projects which never came to fruition. In 2012 the two DJs started to do some serious writing and eventually signed to Atlantic, recording for the label's dance imprint Big Beat Records. Their first single was “Smile” which, with its accompanying video containing mild sexual content, attracted some controversy earning the band a degree of notoriety and valuable media exposure. Their debut album Pharmacy was released in 2015 and saw the band embark on a worldwide promotional 22-date tour, with its second single, “Runaway (U & I)”, proving to be a global hit, reaching #4 in the UK and achieving double platinum certification in the US. The pair’s second album, Aviary, was released in 2017 and spawned the club hit “True Feeling” as well as their first Hot 100-charting single, “No Money”. A third LP, Church, followed in 2020, boasting high-profile features from the likes of Dolly Parton, Mr Probz and John Newman and yielding another US hit in the form of the OneRepublic collaboration “Bones”. Maintaining a prolific output in 2020, the duo teamed up with K-pop artist Jackson Wang on “Pretty Please” and electronic trap specialist NGHTMARE on “Tu Tu Tu” before returning in 2021 with the R&B-leaning JVKE collaboration “Dandelion”.