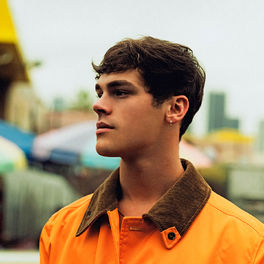 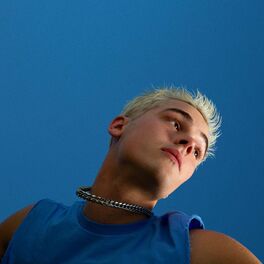 Blame It On The Mistletoe

AJ Mitchell is an American teen star making a career out of dance-friendly pop and an adoring social media fanbase.

Mitchell began playing piano alongside his father, who was also learning to play at the time. His musical education continued into high school, where he sang in the school choir. At the age of 13 he began performing at open mic nights around his hometown and posting covers on Instagram and YouTube. He began attracting a following and, in turn, a Los Angeles-based manager. In 2015 he made the move to LA himself, briefly working with an Internet marketing agency before shifting his focus to music.

In 2017 he independently released his first single 'Used to Be' which went on to accrue over 60 million streams over the next two years. In February 2018 he signed with Epic Records and his first EP with the label, 'Hopeful', was released that July. In 2019 he returned with the largely acoustic single 'All My Friends' and, in August, the EP 'Slow Dance'.