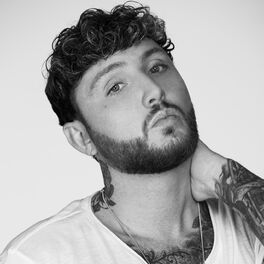 Back from the Edge

by United DJ’s of Workout

When Middlesbrough native James Arthur auditioned for the ninth series of 'The X Factor' in 2012, the then 24-year-old performed a heartfelt acoustic version of Tulisa's song 'Young', and soon he was on his way to the final stages of the TV talent show. He went on to win the competition with 54% of the public vote and topped the UK Singles Chart with his winner's song 'Impossible', a cover of Shontelle's hit, selling over 1.2 million copies. Signed to Simon Cowell's record label Syco Music, his follow-up single 'You're Nobody 'Til Somebody Loves You' reached number two the following year and the singer-songwriter poured his childhood heartache and life's troubles into his self-titled debut album, released in 2013. Full of anthemic, soulful pop and upbeat R&B ballads, it featured a collaboration with Emeli Sandé on the track 'Roses' and reached number two in the UK Albums Chart.

Following a series of public controversies, Arthur was dropped by Syco in 2014 and signed with Columbia Records the following year. He released his second studio album, 'Back from the Edge', in 2016, with his single 'Say You Won't Let Go' again topping the UK Singles Chart. After touring in support of the album, he released singles including 'Naked' and 'You Deserve Better' in 2017 and 'Empty Space' in 2018, before returning with his third studio album, 'You', in October 2019.