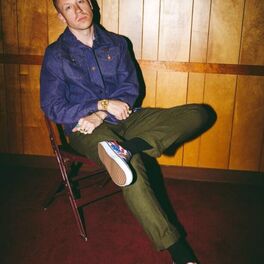 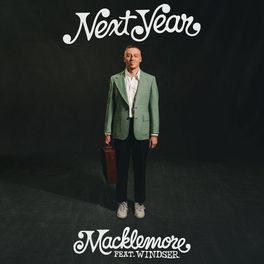 This Unruly Mess I've Made

The Language of My World

I Don't Belong In This Club

by Why Don't We, Macklemore

Raised in a middle class family in suburban Seattle, Haggerty started rapping at the age of 15 after discovering East Coast stars Nas, Wu-Tang Clan and Digital Underground. A university graduate with a degree in marketing, his reputation grew with a series of self-produced mix-tapes made under the name Professor Macklemore and his debut album 'The Language of My World' became an underground success in 2005. However, just as his career looked set to take off, drug and alcohol problems started to spiral and he took time out for treatment in a rehab centre.

Gradually putting his life back together, he befriended producer Ryan Lewis through MySpace and reaffirmed his talent with the acclaimed EP 'VS (Redux)' in 2009. Championed by 'The Source' magazine, his fourth single 'Same Love' chronicled his uncle's gay relationship and voiced his support for same sex marriage. It proved something of a landmark and reached number 12 in the US Charts as Haggerty vocally criticised hip-hop's history of homophobia. Huge worldwide success followed when his second album, 2012's 'The Heist', reached number two in the US and produced the chart-topping hit 'Thrift Shop' with Lewis.

In 2016 Macklemore and Ryan Lewis revealed the title of their third studio album to be 'This Unruly Mess I've Made', with the title single and 'White Privilege II' preceding the album. Macklemore solo songs 'Drug Dealer' and 'Wednesday Morning' were also released at the same time, and were followed by an announcement that Macklemore and Lewis were taking a break.

In 2017 he released 'Glorious' featuring Skylar Grey from his second solo album which also features 'Marmalade' with Lil Yachty and 'Good Old Days' with Kesha. A sharp new voice intent on changing the image of hip-hop, releasing everything through his own independent record label, Macklemore has gone on to notch up over 400 million hits on YouTube and win a whole host of awards.