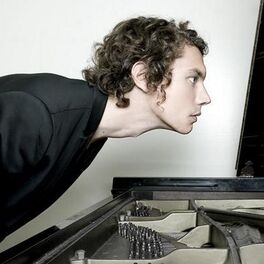 by Francesco Tristano, Derrick May

Following a very classical course – from music academies to philharmonic orchestras – Francesco Tristano’s trajectory was to change radically when he became a student, in the early 2000s, at the Juilliard School in New York. It was also around this time that he discovered the city’s clubs, a whole parallel world: electronic music. A new avenue to explore, which Francesco, always hungry for experience, would rush into, shunning the beaten track. This new horizon he had discovered, and continues to pursue to this day, was the promise of a truly liberated form of music, impossible to narrow down to one (or more) specific genre(s); a kind of music that would also let the piano resonate differently, in the radiance of a new-found modernity.