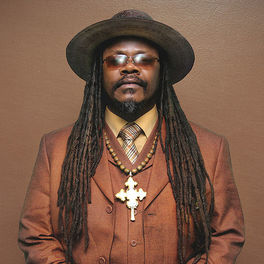 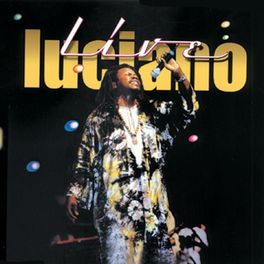 In the Name of Love

Jah Is My Navigator

Child Of A King

Luciano VS: A collection of Remixes by Luciano

Singer/songwriter, musician and producer, Jepther Washington McClymont has reigned as the king of “conscious” reggae music for over 2 decades. Born in Davyton in the parish of Mandeville, Jamaica, Luciano was influenced by reggae icons such as Bob Marley and Dennis Brown. As a youth he was heavily drawn to the positive message of the “one love movement”. Dubbed Luciano in comparison to the all-powerful vocals of opera legend Luciano Pavarotti, his voice resonates with impeccable inflection, tone, range and pitch. In the early part of 1993, Luciano The Messenjah collaborated with reggae ambassador Freddie McGregor on his “Big Ship Music” label resulting in a UK chart topping cover of Cheryl Lynn’s R & B hit “Shake it Up Tonight”. As this song climbed to #1, his name spread like wildfire amongst reggae’s top producers, one of which was Phillip “Fattis” Burrell”, whom he collaborated with and released the critically acclaimed single “Moving Up” later in 1993 on the Xterminator label via VP Records. It was not long after that Chris Blackwell (founder of Island Records known for signing artists like Bob Marley and U2) took note and signed Luciano to Island/Mango Records. His 1995 album, “Where There is Life”, swept across the globe with a string of #1 hits like: “It’s Me Again Jah”; “Lord Give Me Strength”; “Your World and Mine” and “Who Could It Be”, propelling him to the top of the conscious reggae music scene. Versatile in many ways, Luciano’s singing talents are able to crossover from dancehall to roots & culture, to R&B/Disco, to Blues and even Country and Western. Often times when asked how has he recorded so many songs, his reply remains, “how can you stop a bird from singing?” His self-taught ability for playing instruments like the guitar, flute and piano also mark the sign of ultimate musicianship. Touring extensively throughout the world from the very beginning, Luciano and his live show is complete with high jumping, back flipping stage entrances, impromptu instrumental performances and new song revelations. As he continues to spread the message of love, lift spirits and energize many fans from Japan, Africa, Australia, the UK, Caribbean, Europe and the United States, Luciano engages with his audience like no other – earning him the revered title of “Luciano The Messenjah”. As a prolific recording artist, he has released and collaborated on over 40 albums to date. Luciano’s career highlights include: receiving the “Key to Kansas City” in 1999; in 2007 he had an Order of Distinction awarded to him for his outstanding services representing Jamaica in the field of entertainment; a 2014 performance leading the Royal Philharmonic Orchestra (Netherlands); the naming of “Luciano Day” in Hartford, Connecticut in 2015 and Best Reggae Album GrammyTM nominations for 2002 & 2016. 2018, saw the release of the long awaited album untitled “In The Name Of Love”. The album was sprinkled with a taste of the Messenjah that has definitely expanded his fan base across many new territories.