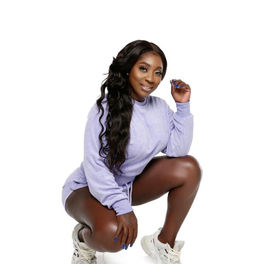 I Feel A Way

Top Of The Pop

Grace Latoya Hamilton, known professionally as Spice, is a Jamaican dancehall recording artist, singer and songwriter. Beginning her career in the early 2000s, she had her first major success with the controversial single "Romping Shop" with Vybz Kartel in 2009.   Spice's debut EP So Mi Like It, which included the hit single of the same name, was released in 2014 through VP Records. In 2018, she joined the cast of VH1's reality television series Love & Hip Hop: Atlanta. Later that year, she released her first full-length project, a mixtape titled Captured, which debuted at number one on the Billboard Reggae Albums chart.