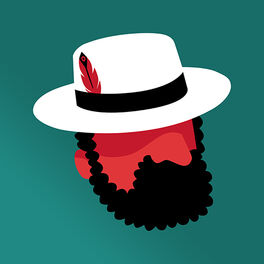 Everybody Wants to Be a Star

Hip Hop After All (Deluxe Edition)

Hip Hop After All

In the head of... Guillaume Biau

How did Guts, a go-it-alone producer who had only rarely called on other musicians for help since his time with Alliance Ethnik, become the frontman of a live band as he started work on his new album? To understand how this came about, we need to rewind through the last two years of his life to his previous album, Hip Hop After All, and the tour of the same name. As his tour ate up the miles around France and Europe, spending many hours on stage, in vans, on planes and backstage, Guts came up with the idea of channelling the energy and unity forged by the tour into a recording, an album that would pool the creative talents of the different musicians, an album with a single voice – the band’s. Florian Pellissier’s keyboards, Greg F.’s guitar, Leron Thomas’s trumpet and mike, the voices of Von Pea, Don Will and Lorine Chia, Kenny Ruby’s bass and later Tibo Brandalise’s drums all flowed into a project where each was a key piece of a musical jigsaw puzzle. The foundations were some fairly simple outlines that were then refined during intense studio sessions – refined, honed and pushed into territory they never imagined they would explore. The only rule was that there were no limits for anyone, starting with Guts himself, who decided to reverse the proportions of 20% live and 80% samples and machines that had defined his musical path up to that point. Funk, soul, rap, Cuban, African and Russian sounds – styles that had previously mixed only as five-second samples, infiltrated into the beats and rhythms, were now stirred and shaken by a band playing real instruments. Keyboards were allowed to wander from their acoustic comfort zone and become charged with electricity, and guitars produced precise, incisive rhythms. A trumpet could count on back-up from a sax and a trombone to form an imposing array of brass; mikes cautiously caress as well as kicking out at the rules; a bass purrs in the background or sends a ripple through the whole score like a lead dancer; at a nod, drums go from pounding out a beat to rolling a groove. Everyone pulls in the same direction to create an album where musical styles form criss-crossing hybrid blends or else strike sumptuous poses in their original guise. Wild jazz appears side by side with Japanese-sounding strings, spacy rock gazes down from the stratosphere at pure premium hip hop and its dominant beats, electro funk slugs it out with afro on the dancefloor, while urban Western brass throws down the gauntlet to post-apocalyptic synthesizers that would set John Carpenter’s moustache aquiver. Dense, rich and eclectic, ETERNAL is above all an ambitious record, an album with no restrictions on form or length, every track a door into a different universe from the one before.