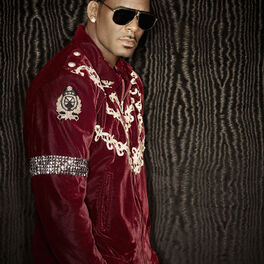 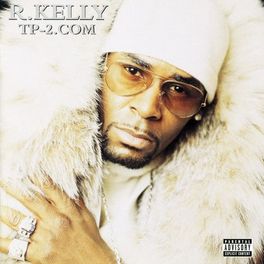 The R. In R&B Collection: Volume 1

Write Me Back (Deluxe Version)

Lay It Down - The Remixes

Singer, songwriter, and producer Robert Sylvester Kelly – born January 8, 1967 in Chicago, Illinois – is better known by his stage name R. Kelly. Known for a series of huge R&B hits, including the inspirational “I Believe I Can Fly”, he was one of the most influential R&B artists in the music industry from 1992 until 2015. R. Kelly released his debut album, Born into the ‘90s, in 1992. Credited to R. Kelly and his group Public Announcement, the album just missed the Top 40 on the Billboard 200 Albums chart – reaching Number 42 – although the album climbed to Number 3 on the R&B chart. Beginning with his 1993 solo album 12 Play, R. Kelly’s next nine albums landed at either Number 1 or Number 2 on the Billboard 200 Albums chart, making him one of the best-selling R&B artists of his generation. As his fame grew, he began producing other artists including The Winans, Janet Jackson, Michael Jackson, The Isley Brothers, Toni Braxton, Celine Dion, Britney Spears, Tyrese, Jennifer Lopez, and dozens of others. One of his most infamous productions centered around teen R&B sensation Aaliyah, whose debut album, Age Ain’t Nothing but a Number (1994), was written and produced by R. Kelly. After the album’s release, it was discovered that the two were secretly married. The marriage was deemed illegal because of R. Kelly was 27 at the time and Aaliyah was 15. This was a huge controversy that proved to be the first of many that would end up destroying his career.  While his fame quickly recovered with Top 10 hits like “Bump n’ Grind” (1994), “You Remind Me of Something” (1995), “Down Low (Nobody Has to Know)” with the Isley Brothers (1996), “I Believe I Can Fly” (1996), “I’m Your Angel” with Celine Dion (1998), “Ignition (Remix)” (2002), and more. R. Kelly’s career got a little bumpy in 2002 when a sex tape leaked, allegedly featuring him with an underage girl. Initially charged in the case, it was dropped due to technicalities involving the search warrant. Although his career recovered from that incident, his reputation was tarnished and his record sales began to slip ever so slightly. In 2017, more allegations arose, including sex with underage girls and for allegedly leading a sex cult. The music industry began to boycott R. Kelly and it all come to a boil when a revealing six-part documentary entitled Surviving R. Kelly was released. Alluding to decades of sexual abuse of minors, the series proved to bring an end to his R&B and pop music career. Although he denied the allegations, in July 2019, he was indicted for child sex exploitation, child pornography, kidnapping, forced labor, racketeering, and obstruction of justice. Further charges came the following year, adding up to a total of 22 charges. R. Kelly was then incarcerated at the Metropolitan Correctional Center in Chicago.