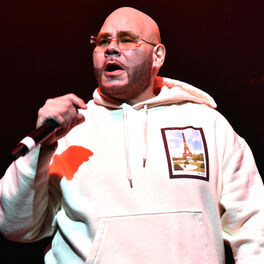 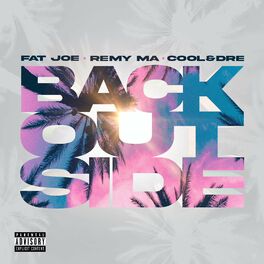 All The Way Up (feat. French Montana & Infared) - Single

All The Way Up (Remix) (feat. French Montana & Infared) - Single

Nadie Como Tú (Nobody Else Compares to U) (feat. Fat Joe)

After a troubled background growing up in the tough South Bronx neighborhood of New York, the larger-than-life musician Fat Joe made a unique niche for himself as one of the few successful Latino rappers. Born as Joe Cartagena on August 19, 1970, he was raised by Puerto Rican/Cuban parents in the Bronx, where he learned the ways of the street at a young age. He also learned the ways of rap, listening to artists like Furious Five, Theodore, and fellow Latino rapper Big Pun.

After performing with the group D.I.T.C., he signed to the Relativity label, adopted his street name "Fat Joe de Gangsta" — which was soon shortened to Fat Joe — and released his first album, Represent, in 1993, which produced his first Number 1 rap hit, "Flow Joe." His reputation increased as KRS-One made a cameo appearance on Fat Joe's next album, Jealous One's Envy, and LL Cool J featured his rapping on the hit song "I Shot Ya." Fat Joe subsequently signed with Atlantic Records and recorded the albums Don Cartagena (1998), Jealous One Still Envy (2001), Loyalty (2002) and the chart-topping All or Nothing (2005), during which time he also scored a Number 1 hit on the Billboard Hot 100 with the Terror Squad single "Lean Back." He then launched his own Terror Squad label to release his 2006 album, Me, Myself & I, and continued releasing material through that label for a decade. In 2010, he released one of his most successful albums, The Darkside (followed by sequels in 2011 and 2013), and appeared on the DJ Khaled hit "Welcome to My Hood." The collaborative spirit continued when he teamed up with Remy Ma for the 2016 hit "All the Way Up" and the 2017 joint album Plata o Plomo. Another joint album, Family Ties, followed in 2019, this time featuring Fat Joe and Dre, and the rapper reunited with DJ Khaled for the 2021 single "Sunshine (The Light)."