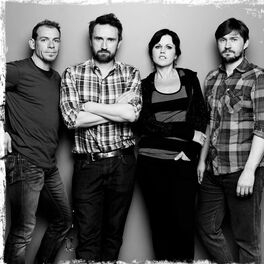 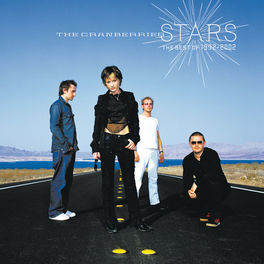 To The Faithful Departed

No Need To Argue

Everybody Else Is Doing It, So Why Can't We? (Super Deluxe)

Everybody Else Is Doing It, So Why Can't We?

Formed in Limerick, Ireland in 1989 by brothers Noel and Mike Hogan and drummer Fergal Lawler, the band originally went under the name The Cranberry Saw Us. Dolores O'Riordan joined the band as lead singer, replacing the original lead, after an audition. The band recorded a demo tape and produced 300 copies for sale in shops in Ireland; when these sold out, the band shortened their name and sent demo tapes to the UK. The tape started a bidding war between major record labels, and the group eventually signed to Island Records.

On the release of their 1993 debut album 'Everybody Is Doing It, So Why Can't We?', the band gained little attention in the UK, and it wasn't until the single 'Linger' became a success in the US that the band also gained traction in the UK. The album and the band's second offering in 1994, 'No Need to Argue', featuring rock hit 'Zombie', were both commercial successes. A third album 'To the Faithful Departed', released in 1996, failed to hit the heights of the previous two albums with its more socially aware music. This coincided with a drop in the band's commercial fortunes and soon rumours of a break-up were rife. The band went on hiatus in 2004 to pursue solo careers, but reunited to tour in North America in 2009 and Europe in 2010. They recorded the album 'Roses' in 2011 and released it as their sixth album the following year. They announced a tour in 2016 which was accompanied by the release of an orchestral album titled 'Something Else', featuring some of their biggest hits unplugged along with three brand new tracks.

On 15th January 2018 Dolores O'Riordan died at the age of 46. In October 2018, the band released a 25th anniversary edition of their debut album before releasing their last album as a group, 'In the End', in April 2019.