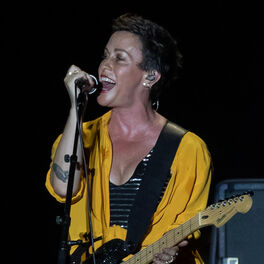 Live At Montreux 2012 (Live At The Montreux Jazz Festival, Montreux,Switzerland / 2012)

Not as We Remix EP (DMD Maxi)

Alanis Morissette started early learning the piano at six and writing songs by ten, eventually joining the cast of kid's show You Can't Do That On Television, which provided her with the finances to release her first single Fate Stay With Me. By 16, she had already recorded two pop albums, before moving to LA with demo in hand as she sought out that elusive record deal. It was Madonna who eventually signed Morissette to her label, and in 1995 she released her debut album Jagged Little Pill. Not only was the album lavished with critical praise, it hit Number 1 in the US and won numerous awards, not least four Grammys. Hard-edged rock with almost folksy ballads, the album was the perfect antidote to the mass produced girl power of the Spice Girls, but she saw less success with her 1998 follow-up Supposed Former Infatuation Junkie. Although her music took a less commercial direction, Morissette replaced the angry young woman with the mellower So-Called Chaos in 2004. She also re-recorded Jagged Little Pill as an acoustic version in 2005 to the delight of her fans.