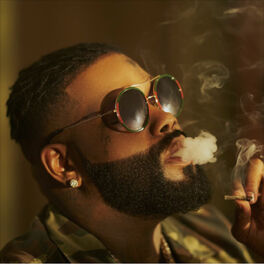 For The Gram (Dancehall Vibes Mix)

by B Streezy, Shaggy, Demarco

Do This Innah Real Life

Born in Portmore, Jamaica, singer, producer, and songwriter Demarco began performing at the island's famous Cactus nightclub when he was only 15. A year later he moved to the United States, first landing in New York City and later settling in Baltimore. It was there he began to learn about music production. He began to work boring day jobs, earning a living and spending every bit of extra cash he earned on studio equipment. Demarco began selling his beats to various hip-hop and dancehall artists, eventually attracting names like and . Two of his riddims landed on 's 2003 album Good 2 Go, then Demarco's songwriting began to take hold with recording his songs "Warlord Reloaded" and "Hey Sexy Baby." Work for associate plus reggae singer followed, then Demarco began to focus on his own singing career. He released a couple moderately successful dancehall singles before breaking through with his 2007 cut "Fallen Soldiers." With its vocoder-driven hook and moving lyrics, Demarco's tribute to soldiers who have fallen in the line of duty was an instant Jamaican hit and topped the country's singles chart for over a month. Koch Records soon signed the artist and announced they would be releasing his full-length debut album in partnership with the Epic label. ~ David Jeffries, Rovi