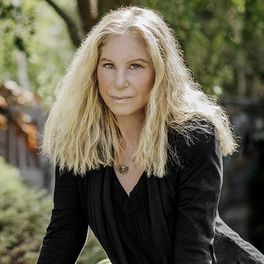 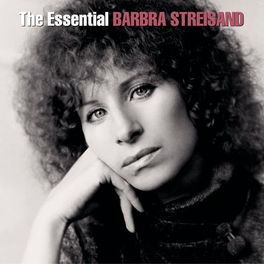 One Night Only: Barbra Streisand and Quartet at the Village Vanguard - September 26, 2009

Love Is The Answer

Best Musicals of all time

From a poor Jewish family in Brooklyn, Barbara Streisand grew up to be one of the world's greatest divas, blessed with an astonishing vocal range that made her a huge international star of record, stage and screen. She changed the spelling of her name early on in her career from Barbara to Barbra. She started singing in night clubs, appearing on stage with Joan Rivers, and got an early break into television singing Harold Arlen's 'A Sleepin' Bee' on 'The Tonight Show' in 1961. Her debut album, 'The Barbra Streisand Album', released in 1963, made the top ten on the Billboard Charts and won two Grammy Awards for Album of the Year and Best Female Vocal Performance and was later inducted into the Grammy Hall of Fame. In 1964 Streisand's electrifying appearances playing showgirl Fanny Brice in the Broadway musical 'Funny Girl' won her widespread acclaim, which went global when she also appeared in the movie version four years later. Throughout her career Streisand has maintained her connection to the stage while also managing to record 50 studio albums. Her voice was showcased to powerful effect on classic soaring ballads 'People', 'The Way We Were' and 'You Don't Bring Me Flowers' while she continued to thrive in her movie career which included celebrated roles in 'The Way We Were', 'The Main Event' and 'A Star Is Born'. In 1980 she released her biggest-selling record 'Guilty', produced and written by Barry Gibb. The album, containing the tracks 'Guilty' and 'What Kind of Fool' featuring guest vocals by Gibb, also included the singles 'Promises/Make It Like a Memory' and 'Woman in Love/Run Wild', the latter of which topped the charts around the world. During the late '80s and '90s, Streisand took a step back from her music career. Her 1997 duet with Bryan Adams, 'I Finally Found Someone', which was featured on the soundtrack of her self-directed film 'The Mirror Has Two Faces', received an Academy Award nomination and broke into the top ten on the Billboard Hot 100. In the early 2000s Streisand released several compilation albums including 'The Movie Album' featuring some of her most famous film themes. In 2005 she released 'Guilty Pleasures' (released in the UK as 'Guilty Too') as a sequel to the 1980 collaborative album with Barry Gibb. The album relaunched her career and earned her a whole new generation of fans. In 2006 she set box office records when she embarked on Streisand: The Tour, a 20-date tour which grossed more than 92 million dollars. 2014 saw the release of 'Partners', an album of duets with some of her favourite singers including Elvis Presley, Stevie Wonder, Billy Joel and Blake Shelton. The album topped the Billboard 200 and provided Streisand with the accolade of being the only female artist to have a number one album in six consecutive decades. Another duets album was released in 2016 to the title 'Encore: Movie Partners Sing Broadway' featuring Streisand singing with Hugh Jackman, Melissa McCarthy, Anne Hathaway and Seth MacFarlane. Artist biography compiled by BDS/West 10. All rights reserved