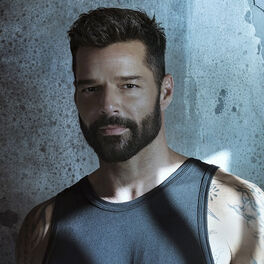 Mr. Put It Down (Remixes)

Come with Me - The Remixes

The son of an accountant and a psychologist, Martin was raised in Puerto Rico, with an Italian-Spanish background, which helped make him one of Latin America's biggest pop success stories. He first came to attention as a member of Puerto Rican boy band Menudo, but left to launch his solo career in 1990. By 1994 Martin was living in LA, winning a part in soap opera General Hospital, which effectively introduced him to English-speaking audiences and paved the way for his international breakthrough album A Midio Vivir. It marked his move from formulaic ballads to a more vibrant dance-orientated pop and he had a major hit in 1998 with La Copa De La Vida (The Cup of Life), the official anthem to the 1998 soccer World Cup finals, which topped the charts in 60 countries. His first English-language album - simply called Ricky Martin - followed in 1999, including a duet with Madonna and he had a worldwide smash with Livin' La Vida Loca. More success followed with Sound Loaded in 2000, including another massive hit She Bangs and a Christina Aguilera duet Nobody Wants To Be Lonely, though his 2005 album Life did less well. In 2010 he came out as gay.