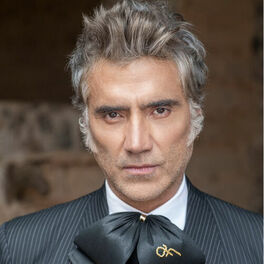 Alejandro Fernandez is an internationally successful Latin singer who gained fame for performing mostly traditional Mexican folk songs in the ranchera style following in the footsteps of his iconic father Vicente Fernandez. He branched out to include pop songs and romantic ballads in his shows and on record and performed and recorded with many other artists including Christina Aguilera, Beyoncé, Plácido Domingo, Gloria Estefan, Julio Iglesias and Rod Stewart. He has had 26 recordings on Billboard's Top Latin Albums Chart, 45 singles on the Hot Latin Songs and Latin Pop Songs charts with numerous number one hits on all three. He has had nine nominations for Latin Grammy Awards including two wins and three nominations for the Grammy Awards.

Born in Mexico City, he grew up in Guadalajara where he performed as a youngster with his father. He made his recording debut on an eponymous album that featured the singles 'Brumas' and 'Necessito Olvidarla'. He has released many albums since then including the Grammy Award-nominated 'Me Estoy Enamorando' (1997), 'Entre Tus Brazos' (2000), 'Dos Mundos: Evolucion' (2010), 'Confidencias' (2013) and 'Confidences Reales' (2014), all of which topped the Latin Chart, with 'Confidencias' also reaching the top 20 on the Billboard 200.