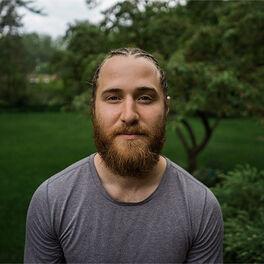 Cooler Than Me EP

One Foot Out The Door

A Matter Of Time

How It's Supposed To Be (Kid Froopy Remix)

The son of an attorney, Mike Posner graduated from university in 2010 with a degree in sociology. However, his music career was already well underway after a series of well-received mixtapes had earned him a recording contract with J Records in 2009, and he gigged between his studies. Posner's reputation was further enhanced by a bi-weekly web series, One Foot Out The Door, and he already had a readymade following before the release of his extraordinarily diverse 2010 debut album 31 Minutes To Takeoff - drawn from a vast source of influences, including blues, disco, R&B and techno. "It's a 21st Century album," said Posner. "Instead of listening to 12 different artists on your i-Pod, with my record you can just listen to one, because every song is different from the one before." The album also includes his breakthrough hit single, Cooler Than Me, which had been recorded in his dorm room with a cheap microphone, but still reached Number 6 in the US charts. The follow-up Please Don't Go also made the US Top 10. Artist biography compiled by BDS/West 10. All rights reserved