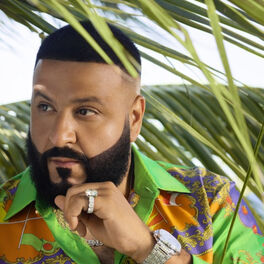 I Changed A Lot

I Changed A Lot (Deluxe)

We The Best Forever

Back from Black (The Beginning)

by The Workout Heroes

A DJ, radio presenter, label owner and all round music mogul, DJ Khaled became an industry institution and one of the few Arab-Muslim hip hop stars in the world. The son of Palestinian immigrants, Khaled bin Abdul Khaled grew up listening to his parents' Arabic music while soaking in all the sights and sounds of his native New Orleans and discovering reggae, soul, R&B and house music, as well as the early hip hop of Afrika Bambaataa. Moving to Miami in the 1990s, his mix of Jamaican dancehall and old school rap made him one of the hottest DJs in town and he graduated from local pirate radio to hosting his long running TakeOver show on Miami's urban station WEDR. His involvement as an assistant producer with Fat Joe, Fabolous and Terror Squad led to his debut Listennn.the Album (2006) which featured Dr Dre, Lil Wayne, Kanye West and Akon. With Khaled acting as executive producer and svengali-type figure, the hit US albums We The Best (2007), We Global (2008), We The Best Forever (2011), Kiss The Ring (2012) and Suffering From Success (2013) were mixtapes featuring the cream of the industry and burgeoning young talent, all wrapped up in Miami's party vibe and Khaled's eclectic musical knowledge. Drake, T-Pain, Chis Brown, Nicki Minaj, Mary J. Blige and Cee-Lo Green all contributed to the records, while newer artists such as Wiz Khalifa, Future and Kendrick Lamar also got their break as a result.