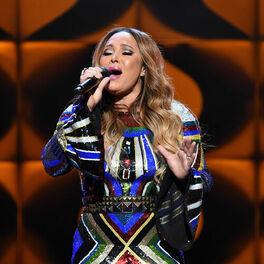 Stranger In My House

Leave It Smokin’ (The Kemist Remix)

Slow Under The Covers

When she was still in her teens, acclaimed Canadian R&B singer Tamia Washington won numerous singing and dancing competitions including the prestigious Canadian YTV Vocal Achievement Award which she was given in 1993. A year later she was performing at an event where she met Brenda Richie, wife of Lionel Richie, with whom she later went on to sign a management deal.

Brenda Richie arranged for Washington to sing at a party for Luther Vandross and this indirectly led to her appearing on Quincy Jones's album 'Q's Jook Joint' for which she received a Grammy Award nomination. After performing a variety of singing roles including appearing in the Hollywood action thriller 'Speed 2: Cruise Control', Washington released her self-titled debut album in 1998. The album met with mixed critical reviews but spawned two top 20 singles and earned the singer two Juno Award nominations. She has continued to build a successful R&B career and has seven studio albums to her credit. Despite being diagnosed with Multiple Sclerosis, Washington has continued to tour and record and has become an ambassador for charities relating to the illness.