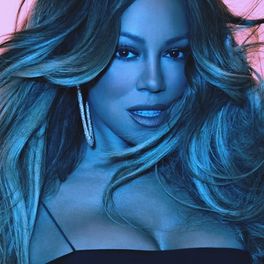 Can't Take That Away (Mariah's Theme)

Me. I Am Mariah... The Elusive Chanteuse

Me. I Am Mariah…The Elusive Chanteuse (Deluxe)

You're Mine (Eternal) (The Dance Remixes)

I Want To Know What Love Is (The Remixes)

The daughter of a Venezuelan aeronautical engineer and an Irish-American opera-singer, Mariah Carey was still at school when she started singing on R&B sessions in New York. She met songwriter Ben Margulies and they started writing soul, gospel and pop songs together. The extraordinary range of her voice alerted Tommy Mottola, US president of Sony Music, who signed her instantly.

Her 1990 debut single 'Vision of Love' went to number one, the first of five consecutive US number one hits for her. She went on to marry Mottola and swiftly became an international superstar and, although she split with Mottola in 1997, her blend of classy pop with soul and R&B earned her a successful career. She later diversified into hip-hop through collaborations with Jay-Z, Snoop Dogg and Busta Rhymes, and in 2001 she starred in the movie 'Glitter' beginning her acting career. Although the film was a box office failure, with the film's soundtrack becoming her lowest-selling album to date, she determined to better her acting career landing roles in 'WiseGirls', an independent film in which she starred alongside Mira Sorvino. She released 'Charmbracelet' in 2002 which, again, was poorly received by critics, with some stating that her superstar career was over.

Unwilling to admit defeat, she returned in 2005 with 'The Emancipation of Mimi'. Finding herself back at the top of the charts, Carey set a new record for being the first female artist to occupy the top two places on the Billboard Hot 100, with singles 'We Belong Together' and 'Shake It Off' achieving number one and number two, respectively. More albums followed with 'E=MC²' and 'Memoirs of an Imperfect Angel' with another film appearance in 'Precious' in 2009. She became a judge on 'American Idol' in 2012 and had a minor role in the 2013 film 'The Butler'.

She released her 14th album under the title 'Me. I Am Mariah... The Elusive Chanteuse' in 2014 and embarked on a residency at Caesars Palace in Las Vegas. After getting back on form with successful records, she suffered another blow when she performed on the 2016 'Dick Clark's New Year's Rockin' Eve' and suffered a microphone malfunction. She toured with Lionel Richie in 2017 and recorded a new single for the soundtrack to 'The Star'. After redeeming herself second time round on Dick Clark's live New Year's show, she signed a new record deal with Live Nation, returned to Vegas for a second residency and went out on tour of Asia with her greatest hits tour. Her 15th album, 'Caution', was released in 2018.