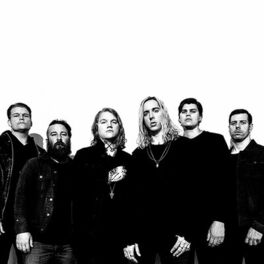 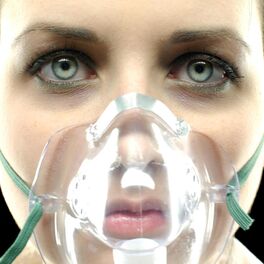 They're Only Chasing Safety

Lost In The Sound Of Separation

They're Only Chasing Safety

The Changing Of Times

Cries of the Past

Best of Metal and Hardcore

With eight years having passed since we last heard new music from Underøath, that near decade-length absence weighed heavily upon music lovers’ hearts. When you consider all of the bands that formed using their idiosyncratic power and texture as blueprints (and then hearing those pretenders fail anyway), you can clearly see the hole Underøath left behind. Whatever real-life worries, psychic baggage or other concerns plagued Spencer Chamberlain, Aaron Gillespie, Tim McTague, Chris Dudley, Grant Brandell and James Smith at the time of their 2013 farewell tour, Underøath’s collective consciousness has been fortified by a renewed commitment to their art. On their Fearless Records debut Erase Me, Underøath have added another crucial chapter to their formidable legacy. When the band went in the studio in the summer of 2017 to record their sixth album with producer Matt Squire (Panic! At The Disco, 3OH!3), and Ken Andrews (co-founder of acclaimed LA outfit Failure), they knew exactly what they wanted to do as well as what they needed to do. Having already established themselves both as melodic songwriters (2004’s RIAA-Certified Gold record They’re Only Chasing Safety) and as ambitious power merchants (2006’s stentorian, gold-selling Define The Great Line and its majestic follow-up, 2008’s Lost In The Sound Of Separation), the evolution detailed on Erase Me finds them using the sonic dialects they’ve crafted to reveal where they are now. Clearly, Erase Me is the apex where melodic heft, indefatigable power, spatial resonance and arcane electronic textures converge to reveal a band that’s positively fearless. The band who once openly--and without apology--professed their faith-based worldview onstage nightly, have since moved beyond the realm of seemingly impenetrable polemics. At various junctures, Erase Me illustrates those moments of sanctuary, anxiety, betrayal and conflict that inevitably arise when humanity grapples with belief systems. Even with a comeback title seemingly marinating in self-fulfilling prophecy, nobody in their right mind would dare delete Underøath’s measurable contribution to the advancement of post-hardcore and heavy rock. The only thing you need to erase is your patience with their pretenders. Accept no substitutes and your culture won’t feel destitute. It’s great to have Underøath back—especially on their terms.