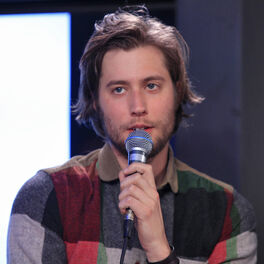 Everything, Everything (Original Motion Picture Score)

Everything, Everything (Original Motion Picture Score)

Til the Casket Drops

Best known for composing the music to blockbuster superhero movie 'Black Panther', Ludwig Göransson has quickly become regarded as one of the most inventive, boundary-pushing composer/producers around, with a style that combines hip-hop, metal, Afrobeat and classical.

Growing up in Linkoping, Sweden, Göransson's musician father first bought him a guitar when he was seven, but it was another two years before he heard Metallica and took to the instrument practising several hours a day. In school he discovered jazz and classical music and, after graduating from the Royal College of Music in Stockholm, he headed to Los Angeles where he studied at the University of Southern California and started working as an assistant to composer Theodore Shapiro who was scoring films 'Tropic Thunder' and 'Marley & Me'. This relationship led to him creating background music for TV comedy 'Community' and he struck up a friendship with the show's star Donald Glover who hired him to produce his debut Childish Gambino album 'Camp' in 2011. Unafraid to morph hip-hop beats with orchestral ambience, techno euphoria and metal riffs, his 2013 debut solo album 'How to Start a Party' was full of genre-clashing, mood-jolting experiments, and as a producer, his reputation continued to grow when he worked on tracks by Haim and Chance the Rapper, teaming up with Glover again on the US top ten Childish Gambino album 'Because the Internet'.

He also scored soundtracks for sitcom 'New Girl' and movies 'We're the Millers' and 'Stretch' before director friend Ryan Coogler hired him to compose the soundtrack to the 'Rocky' spin-off boxing drama 'Creed' in 2015. Coogler came calling again when he landed the job of bringing Marvel Comics superhero universe 'Black Panther' to the big screen and Göransson took himself to Africa where he immersed himself in the culture and worked with Senegalese legend Baaba Maal and traditional musicians with unusual talking drums and screaming fula flutes. By adding electro storms and soaring symphony orchestras and working with an impressive roster of hip-hop artists including Kendrick Lamar, Schoolboy Q and JayRock, they created an acclaimed soundtrack that was nominated for eight Grammy Awards. Göransson's 2018 included contributions to Kanye West's delayed album 'Yandhi' as well as a co-producer credit on Childish Gambino's number one single 'This Is America' which became one of the most controversial videos of the year.