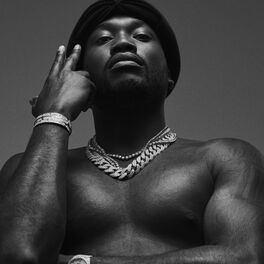 Legends of the Summer

Dreams Worth More Than Money

The Collaborators by Ed Sheeran

Philadelphia rapper known as Meek Mill was born Robert Rihmeek Williams in 1987 and grew up being influenced by Philadelphia's thriving hip-hop scene. Although initially shy and retiring he began to grow in confidence mentored by his uncle, DJ Grandmaster Nell who in turn was influential in the careers of actor and rapper Will Smith and the record producer DJ Jazzy Jeff.

At the age of 18 Williams was arrested for the illegal possession of a firearm during an incident when it was alleged he had tried to kill two policemen. The incident and subsequent court case coincided with the beginning of Williams' music career performing with the rap group Bloodhoundz. Williams was given a probation order and this marked the start of a long and unhappy association with the American legal system during which time Williams has served prison sentences and subsequently committed various parole violations, including one which involved making an alleged death threat to a judge.

Against this backdrop of legal battles Williams has built a successful music career and his debut album 'Dreams and Nightmares' went on to sell over a million copies, meanwhile his various legal battles and subsequent incarcerations are reputed to have cost him millions of dollars in lost earnings. His second album 'Dreams Worth More Than Money' was released in 2015, topping the Billboard 200 and winning a Billboard Music Award for Top Rap Album. Mixtape 'DC4' followed in 2016 with his third full-length album, 'Wins & Losses', released in 2017. Returning straight to the studio he put out his fourth record 'Championships' in 2018.