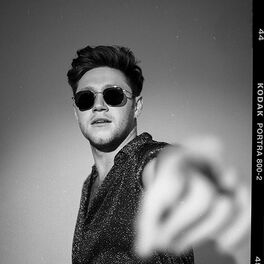 Put A Little Love On Me

Nice To Meet Ya (Diplo Remix)

Nice To Meet Ya (Stripped Version)

This Is Pop Music

Niall Horan gained fame as a member of the British boy band One Direction along with Liam Payne, Harry Styles, Louis Tomlinson and Zayn Malik after they teamed up on the television talent show 'The X Factor'. They were met with international success and had five hit albums along with EPs and singles. In 2016, Horan signed a recording contract as a solo artist and put out three singles. 'Slow Hands' reached number eleven on the Billboard Hot 100 and the Adult Contemporary Chart, 'This Town' went to number 20 on the Hot 100 and eleven on the Adult Contemporary Chart, and 'Too Much to Ask' peaked at number 66 on the Hot 100.

Born in Mullingar, Ireland he taught himself to play guitar and performed at the local arts centre. He auditioned for 'The X Factor' at the age of 16 and eventually teamed up with the others to form One Direction. After splitting in 2015 Horan released three solo singles and his debut solo album 'Flicker' came out in 2017. Horan supported the release with concert performances and his 2018 tour saw him perform at venues across the United States and Canada and then in South America, Australia, New Zealand and Europe.

In 2019, he returned with the single 'Nice to Meet Ya' before announcing a 2020 tour in support of his forthcoming album 'Heartbreak Weather', which arrived in March of 2020. The album also includes the singles 'Put a Little Love On Me' and 'No Judgement'.