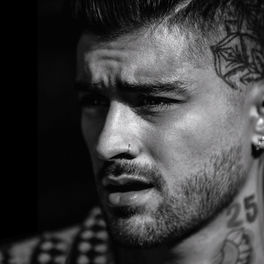 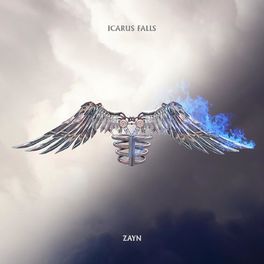 Mind Of Mine (Deluxe Edition)

by WE BEST MUSIC, ZAYN, Chiva

Back to School - POP

Zayn Malik (January 12, 1993) is a British singer-songwriter of Pakistani heritage who gained fame as a member of the boy band One Direction, exploding onto the music scene in 2010 after placing third on the TV talent show The X Factor. Born in Bradford in West Yorkshire, Zayn began performing at a young age and was 17 when he auditioned for The X Factor as an R&B performer. He was eliminated before the final round but was then invited to join Harry Styles, Niall Horan, Liam Payne, and Louis Tomlinson, who had also been eliminated, in a boy band that became One Direction. They won numerous awards and had four chart-topping albums but in 2015 Zayn quit the band. He recorded a solo album that was more rhythm and blues than the pop-oriented band's records. His first single “Pillowtalk” topped the UK Singles Charts in 2016 and his debut solo album Mind of Mine topped the Billboard 200 and the UK Official Albums Chart the same year. He released several other singles including “I Don't Wanna Live Forever” with Taylor Swift from the soundtrack of the 2016 film Fifty Shades Darker and "Dusk Till Dawn" (2017) featuring Sia, both of which reached Number 5 on the UK Official Singles Chart. He was also featured on the single “Cruel” by Snakehips, which reached Number 6 on Billboard's Dance/Electronic Digital Song Sales and Number 16 on the UK Singles Chart in 2016. A second album titled Icarus Falls was released in 2018 and featured guest spots by Timbaland (“Too Much”), Nicki Minaj (“No Candle No Light”), and Sia (“Dusk Till Dawn”). Despite its star-studded lineup, the LP hit Number 61 on the Billboard 200 and 77 in the UK. Two years later, Malik returned with “Better” and “Vibez,” the first two singles from his third studio album, Nobody Is Listening, released in 2021.